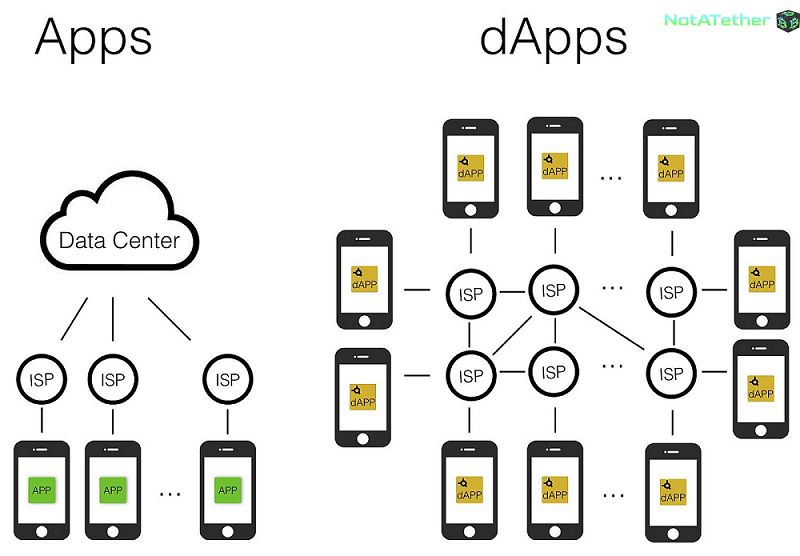 What is Decentralized Applications (DApps)?

These programs have existed since the advent of P2P networks and they are outside the purview and control of any organization or a single person. A standard web app, for example, runs on a computer system that belongs to a specific organization and person, and these people have complete control over the program and its operation. So the backend is controlled by a single organization.

For dApps, the frontend code runs on the user side and represents what you see. They look like mobile apps that have a digital wallet with the following information:

The backend code (smart contract) runs on the server-side of the application and represents the entire business logic. The backend code is stored and parsed on the blockchain and is open source, it also performs a similar function regardless of the execution environment.

Decentralized applications can be used in various industries such as decentralized exchanges, gaming, advertising networks, etc. It takes control out of the management or ownership of a third party.

DApps in The Field of Digital Currencies

In the world of digital currencies, dApps run in a blockchain network and in a public, decentralized, open-source environment. Running these dApps in a decentralized manner protects them from any third-party reference.

Decentralized applications can also run on a P2P network and no longer require a blockchain. Also, active users in this network can consume content, feeding or seeding content, or both at the same time. Examples of these programs include the following:

User information is stored in a shared database that is not controlled by any authority or organization, and this information is only decrypted by the user.

The cost of centralized applications is much higher. Decentered applications can be more financially efficient because they operate without intermediaries to make a profit from transactions.

In a centralized system, if the server is hacked, all user information, including addresses, files and videos, and photos and messages, many of their important information may be stolen. But in decentralized applications that are decentralized, this does not happen.