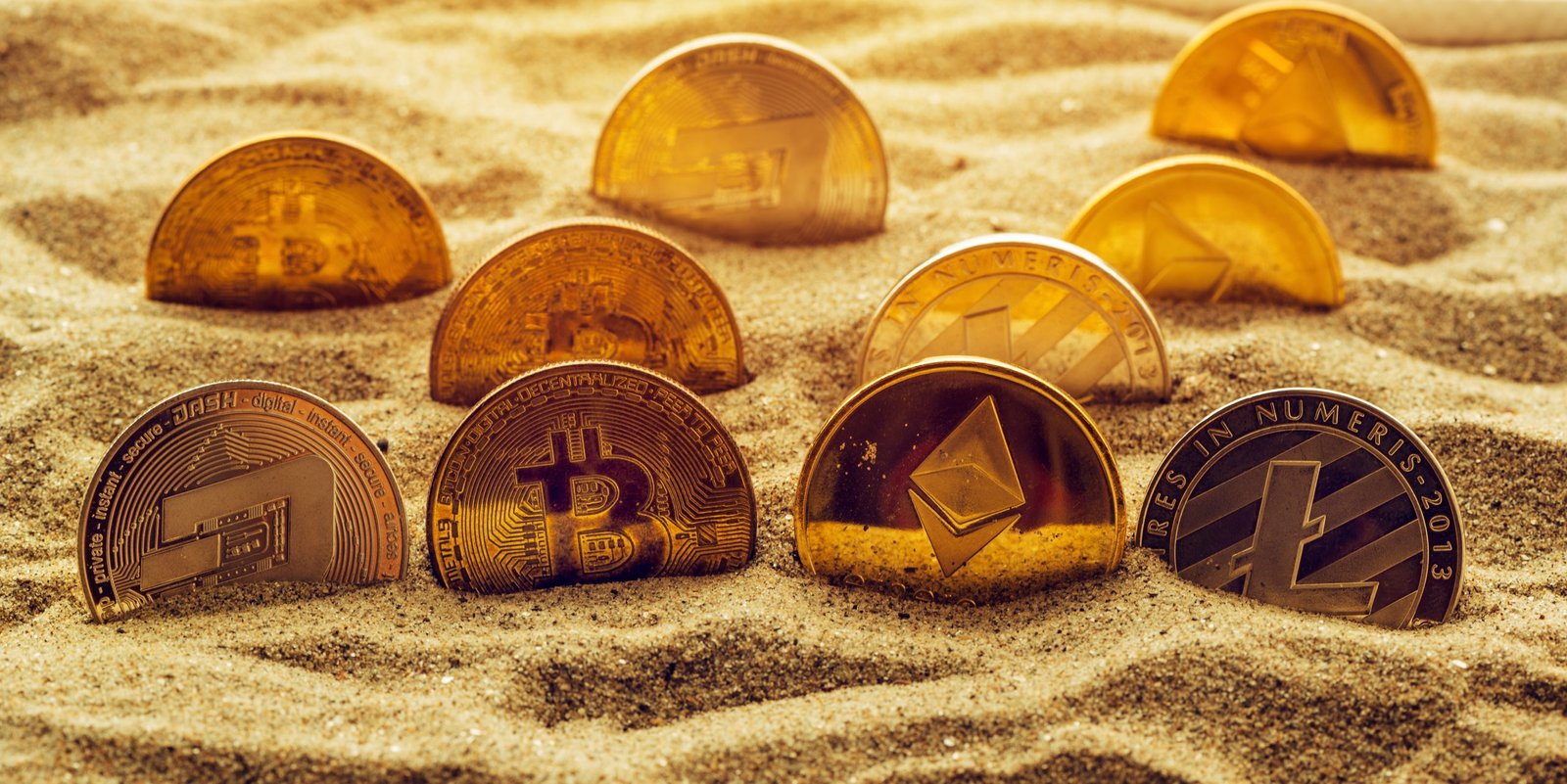 Cryptocurrency coins in sand, conceptual image for lost and found valuables that are standing the test of time.

It is worth noting that the Nigeria bitcoin ban only applies to financial institutions serving cryptocurrency-based companies, not private holding and use of cryptocurrencies. Nigeria’s bitcoin infrastructure has been stagnated by the ban.

Rakiya Mohammed, who specializes in IT at the Central Bank of Nigeria (CBN), had been toying with the idea of a Central Bank Issued digital currency for the past two years. The Nigerian government has been considering ways to regulate the use of cryptocurrencies in the country. The Nigeria central bank ordered smaller local banks to close all crypto-related accounts. However, the CBN governor clarified that the actual trading of cryptocurrency is not banned in Nigeria.

“We’re all aware that about 80% of central banks in the world exploring the possibility of issuing central bank digital currency, and Nigeria cannot be left behind.”

In Nigeria, the use of crypto as a store of wealth/value is on the rise. Ray Youseff, CEO of a peer-to-peer lender, Paxful, has stated previously that Nigeria is their biggest market. Rakiya Mohammed said a CBDC will enable easier transferring of international money into Nigeria. Nigeria has received over $5 billion of international money transfers into the country during the pandemic. A temporary rewards program was set up by the Nigerian government to encourage more transfers.

Mohammad said the Central Bank of Nigeria will look at different cryptocurrency technologies, approach key players in the cryptocurrency industry, and test the planned digital currency before launch.

The CBN’s intentions, according to Mohammad, are to complement cash with the CBDC and that the bank has studied the privacy, architecture, ease of access and the various technologies of digital currencies.

The CBN team shared a briefing given by Mohammad with Reuters. Mohammad stated:

“We’re all aware that about 80% of central banks in the world exploring the possibility of issuing central bank digital currency, and Nigeria cannot be left behind.”

A key concern of Nigeria being left behind if it does not get on board with a central bank-issued cryptocurrency lead the Nigerian Central Bank and government to consider these options.

Mohammad also stated in the briefing:

“If you have a central bank digital currency that is backed by the government, then people can make transactions online without fear of any default.”

In western nations such as Europe and the USA, regulation of digital assets is already underway. In countries such as China, the United Kingdom and Russia, their central banks have been considering launching their own digital currencies.

With Nigeria’s bitcoin adoption at an all-time high, it seems the time is now for the Central Bank of Nigeria to get on board, and it looks like they are doing just this. However, we have no more information on the actual CBDC they will issue yet. Still, the CBN’s actions are a step in the right direction for digital currency adoption in Nigeria.