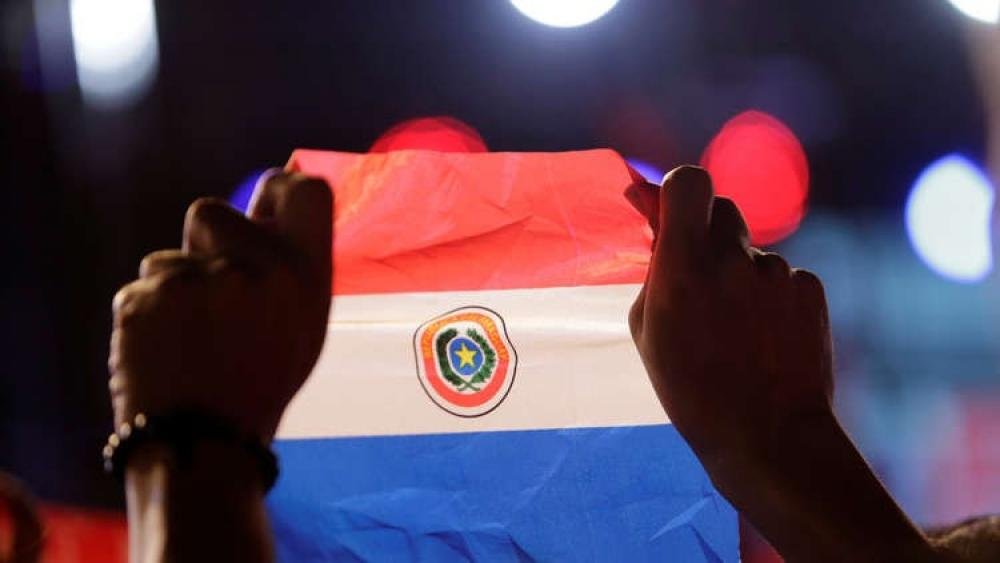 After the acceptance of Bitcoin by the President of El Salvador Nayib Bukele as the official currency of this country, we saw an increase in Bitcoin fans and also one of the best Bitcoin events in the history of the Bitcoin world. After this event, many reactions took place. The news spread on most social networks and Nayib Bukele became known as one of the leading figures in the world of digital currencies during this period. But it was after this news that the representative of the Congress of Paraguay, Carlitos Rejala, created a tweet. So announced important news for Bitcoin lovers in Paraguay. His photo with laser eyes went viral on social media.

He has said “as I said a long time ago, we must move forward with the new generation! The moment has come, our moment. This week we start with an important project to innovate Paraguay in front of the world! “

Congressman Carlitos Rejala plans to introduce a bitcoin bill next month, according to which digital currency and bitcoin mining companies and businesses operating in the world of digital currencies will be attracted to the country. The acquisition of companies and the legalization of their activities in Paraguay could be an important event in the digital history of Paraguay. so If the Bitcoin bill is passed, Paraguay will become the crypto hub of Latin America. Other countries in the world can be.

Details of the Bitcoin bill in Paraguay

Carlitos Rejala said, “We are embarking on an important project to modernize Paraguay before the eyes of the world. The real project to the moon”. Carlitos Rejala has been familiar with bitcoin since 2017 and knows what the true identity of bitcoin is. Having such people in the Paraguayan Congress can really make Paraguay the crypto hub of Latin America.

What is the next goal after the Bitcoin bill in Paraguay?

But Carlitos Rejala is not content with this bill and is considering a second bill if it is passed. In the second bill, bitcoin is supposed to start operating as legal tender in Paraguay. This is exactly what the country is doing. El Salvador did, Therefore if that happened in Paraguay, we could see an increase in such countries. “Countries where bitcoin is the legal currency.”

“We want to make Paraguay a good place for blockchain technology first,” said Carlitos Rejala. “Creating the right platform means creating the conditions for bitcoin to operate in the country. Operate in Paraguay, which means the country has the infrastructure to do so. One of these conditions is cheap electricity. Approximately $ 0.05 per kW/h can be a favorable condition for investment companies. In addition, almost 100% of the electricity produced in this country is supplied from water sources, which means that we can do without pollution and power shortages Let’s see bitcoin mining in Paraguay.

What do miner companies care about?

One of the first things these companies care about is having a constant electricity supply and renewable energy without pollution. In this case, they can continue their legal activities without causing environmental problems and power outages in Paraguay.

Paraguay has no problem in producing energy for miners!

“This country has no restrictions on the flow of foreign capital and dividends to other countries. We have a lot of energy that we give to Brazil and Argentina almost for free, because the CEO of a digital currency mining company in Paraguay said in an interview,” “It’s enough that we can sell it to our neighbors.” consequently having such a water resource for Paraguay can easily attract foreign investors and companies to this country.

Therefore Now we have to see if this bill of Carlitos Rejala can get 41 votes in Congress? After 41 votes in favor and existence, the Bitcoin bill will be sent to the Senate of this country. After that; We just have to wait for the approval of the President of Paraguay. If this plan is approved by the President, Paraguay can show itself in the world of Bitcoin and become one of the mining and active poles in the world of digital currencies in Latin America.

In this article:Bitcoin, featured, legal, paraguay

The Difference Between Transaction Fee And Gas Fee: How To Regulate them.

Can you enter the bitcoin world using fiat currencies?