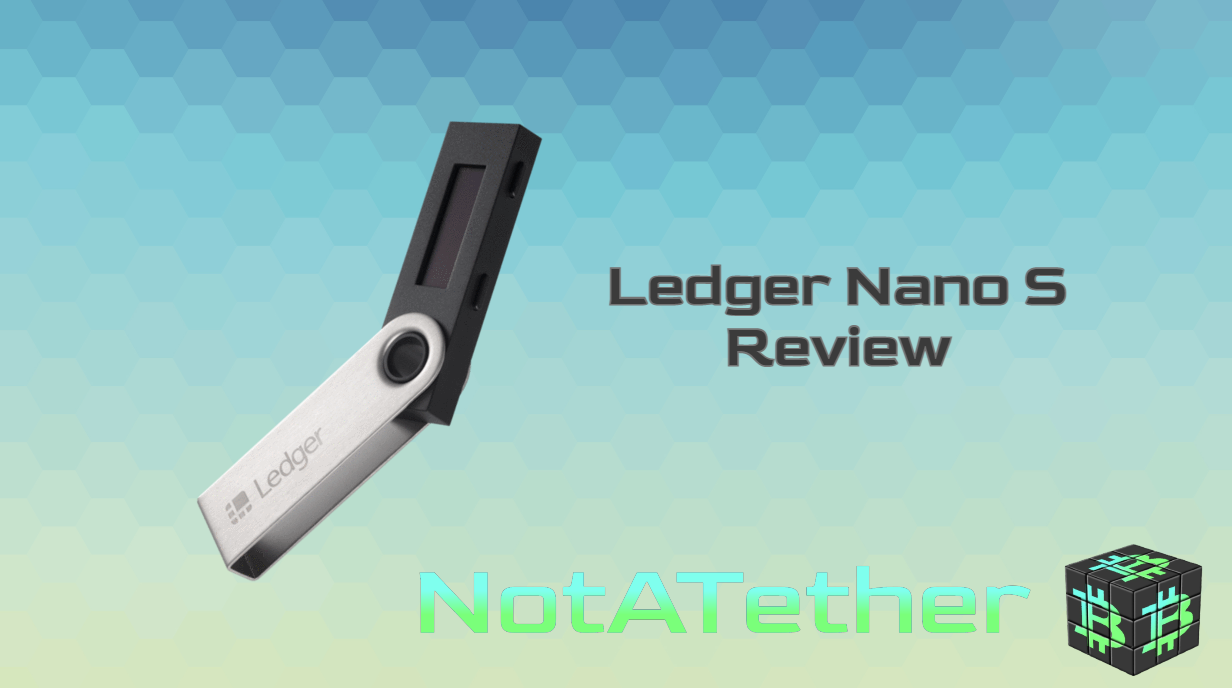 Securing your coins is an absolute necessity irrespective of the type of digital assets that you hold. As the value of these assets continues to increase over time, the situation could become dire as malicious players such as hackers strive to find security lapses in wallets. This is why you should be very conscious of securing your cryptocurrencies.

This Ledger Nano S review shows you the benefits of using this hardware wallet to secure your coins. We will also look at the shortfalls and every other feature and function that could assist you in deciding if this is the hardware wallet for you.

At a time when many exchanges have had security breaches due to reasons such as flaws in codes, there is an ever-increasing need to secure your assets. This is one of the threats that hardware wallets such as Ledger Nano S seek to forestall. Ledger has sold more than a million copies of this wallet. This is a testament to its utility in terms of security and the fact that it is an affordable device.

As well as being arguably the most prominent manufacturer of hardware wallets that secure your digital assets offline, they’ve been around since 2014. That is a significant year for cryptocurrency security, considering that Mt Gox, the then-largest cryptocurrency exchange, was hacked that year. So with their name backing the Nano S, you should rest assured that you have a secure wallet in the Nano S.

Ledger Nano S is a multi-currency wallet that has the capacity to store more than 1000 cryptocurrencies. The implication of this is that you can store most of the popular coins on your Ledger Nano S. The coins stored on the wallet are enabled after the user downloads the Ledger Live software, which supports a limited number of apps for coins support.

Its proprietary operating system, BOLOS, enables third-party contribution to the wallet’s operation without compromising its basic security architecture. This enables the support of several coins based on the architecture of Ledger and other third parties, thereby facilitating the storage of many coins on the Nano S wallet.

The coins stored on Ledger Nano S are primarily secure due to being in cold storage. This implies that there is no way a hacker can access these coins because they are not linked to the internet. The hardware wallet features two buttons that people can use to facilitate transactions or check their balances.

How best should you back up your recovery seeds than using a fire-proof material such as steel? The Ledger Nano S cryptosteel enables the printing and storage of seed words on waterproof and fireproof material, eliminating the prospect of losing your recovery phrase to the elements.

The Ledger Nano S comes with a security backup seed that users could use if their wallets are damaged or lost. A special recovery phrase card enables dry storage after the owner has manually filled the words in the right order. This ensures that the coins stored in the wallet are recovered if any issues arise due to loss or damage to the hardware.

The Ledger Live app expands the wallet’s functionality by making it possible for third-party apps to run on it. Users could download this after the device prompt shows that the wallet is ready for use. The Ledger Live app confers adaptability enabling the user to store more coins.

The swivel enameled protection that the Nano S comes with ensures that the screen is protected. It also helps to extend the lifespan of the device.

As a security measure, the device would time out after a period of inactivity. This ensures that the data on it does not fall into the hands of unauthorized persons.

The Ledger Nano S can support more than a thousand coins, albeit non concurrently. The device space is quite limited. Nevertheless, the wallet works well for users who are not storing many different assets simultaneously. The coins supported by Ledger Nano S are:

However, bear in mind that hundreds of other coins you can store on your Nano S wallet.

You would want to be sure that your Nano S is compatible with any devices you’re using it with. This is although you would sometimes link your hardware wallet with such devices and operating systems. Compatible OS to use with Ledger Nano S includes Windows 7 and higher versions, Linux, Mac 10.8+, or higher versions. With the installation of the Ledger Live app, your Nano S can integrate with other wallets such as Mycelium, MyEtherWallet, Copay, BitGo, and GreenBit.

Compared with several other hardware wallets, Ledger Nano S is a low-cost option considering it sells for just $59.

The main merit of having a Ledger Nano S wallet is that this is a secure wallet that enables the user to store various cryptocurrencies safely.

The wallet is easy to use due to its intuitive interface. Its OLED display gives the user the ability to cross-check transactions and limit errors while using the wallet. This user-friendliness makes it one of the easier hardware wallets to use.

Ledger Nano S has a multi-signature function. This enables multiple users to secure common assets and set criteria to move the funds in the wallet on consensus.

The private key of the wallet never leaves the device. This and the fact that it is a cold wallet ensures that the funds stored are safe. Also, the wallet helps promote the user’s anonymity, especially if it is used in conjunction with a blender.

The makers back the product with top-notch customer support. The users can reach the Ledger support team through the website by filling the support ticket. This service is available 5 days a week and has been simplified to make it easy for the customer and enable the support staff to attend to issues efficiently. The general categories of problems users encounter are order and shipping, technical, set-up and installation, firmware update, wallet recovery, etc.

There is a storage limitation on the Ledger Nano S, limiting the number of apps that users could download to a maximum of 6. This drawback means that this cold wallet may not be appropriate for users looking to store many coins on their Nano S.

The Ledger Nano S source code is close. This makes it difficult or impossible for developers to understand its strengths and weaknesses even though experience has shown that it is a secure wallet.

The main connective features of the Ledger Nano S are its micro USB cable and the OTG mini kit it uses to connect with androids and computers. The absence of a Bluetooth function limits its versatility.

The wallet features a small screen, so it may not give the best output. This setback is due to it not having a touch screen function, unlike some top-of-the-range hardware wallets.

The Ledger proprietary operating system, the Blockchain Open Ledger Operating System (BOLOS), is unique. It could be instrumental to the reputation that the company has built over time, in that none of its wallets has been hacked. The Secure Element (SE), based on tamper-resistant Common Criteria (CC), secures the private keys on the wallet with its chips.

In conclusion, we can infer that the Ledger’s Nano S is a secure and reliable hardware wallet that stores your coins offline, effectively ensuring that they are safe from hackers. A hardware wallet that has sold more than a million copies with little or no issue is a record breaker as far as coin security is concerned.

Can You Really Find 10 BEST CRYPTO EXCHANGES (on the Web)?

Bitcoin Lightning Network And A Simple Review Of This Network