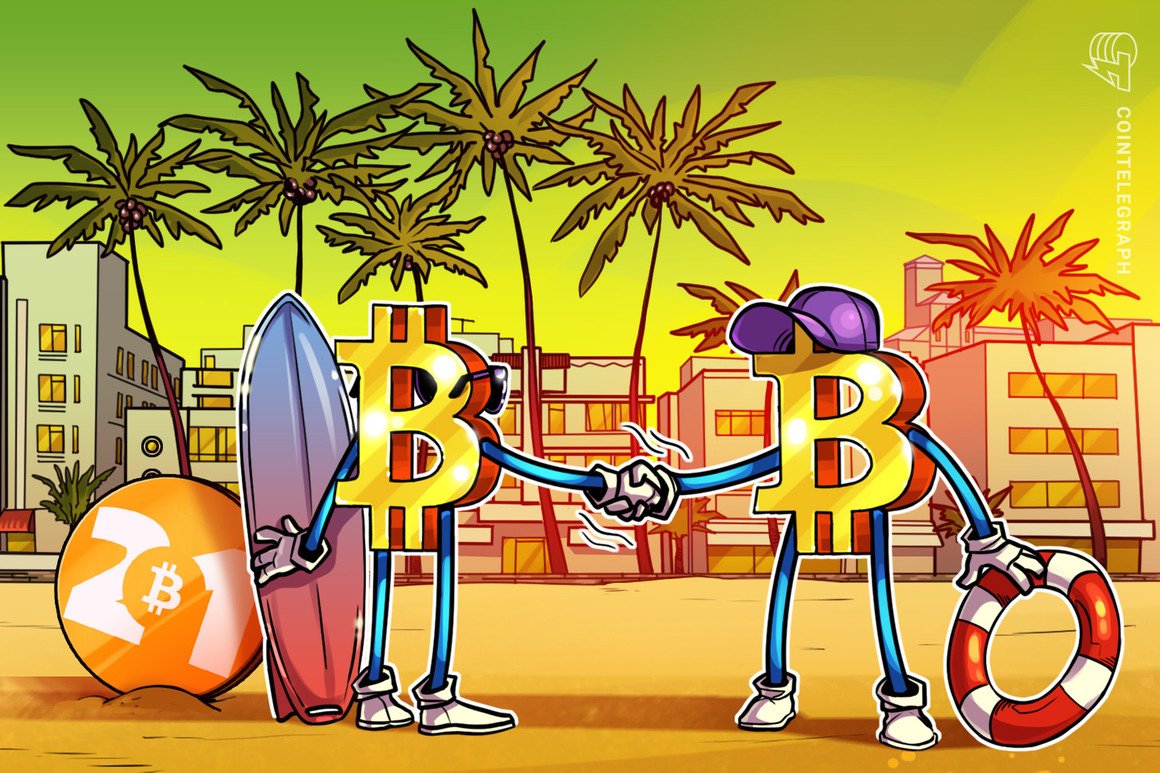 Thousands of people worldwide flocked to Miami to attend the biggest conference on bitcoin till now. There were people from all over the crypto industry, be it exchanges, casinos, e-commerce sites, or even social media platforms. Leaders of some of the biggest crypto businesses and famous bitcoin speakers also attended this conference to glorify bitcoin.

Especially after this pandemic situation all around the world, seeing this kind of event was just incredible. Everyone hugged each other, no masks were seen on people’s faces, and the smile and happiness of the people were omnipotent.

“I’m here to tell all the haters and all the doubters that this is not a moment, this is a movement”

This conference is another proof of the wide acceptance of bitcoin all around the world. Since last year, bitcoin and many other cryptocurrencies have been on a wild ride, and it has set new records.

Yes, in the last month, the bitcoin price has gone down from 64000$ to now 38000$, but it has not dampened the spirits of the people even they believe that buying the dip now is a good opportunity. There were many happy faces from all kinds of people, from students to business people, to even retired people. Institutional investors, Wall Street bankers, and a Republican from Wyoming all attended this Miami Conference.

Presence of famous personalities and speakers at the event

At 9:00 am morning In Miami, already a big crowd gathered and Mr. Francis Suarez, the organizer of the event, set the tone at the beginning of the event. He said: “I’m here to tell all the haters and all the doubters that this is not a moment, this is a movement.“

The crowd absolutely erupted at such a beginning of the event.

Cameron Winklevoss was there, and he wore a T-shirt with a picture of the Federal Reserve building captioned “Rage Against the Machine.” He just wanted to show how bitcoin is not controlled by any government.

He said “If you own a Bitcoin today, you will be a millionaire in the future. For sure. Congratulations” .

Later, Jack Dorsey, the well-known personality, CEO of Twitter, marked his presence. He said, “If I were not at Square or Twitter, I would be working on Bitcoin.” Also, he added, “nothing is more important in my lifetime” than to work in Bitcoin.

When the CEO of Twitter says something like this, it surely motivates all of us to believe in Bitcoin.

Bitcoiners will surely remember this day in cryptocurrency’s history as the biggest ever conference on bitcoin to date. Surely there will be many more to come, but for now, this marks the beginning of more events like this.

What is The Bitcoin2john Script And How Do You Use It?

How do crypto trading bots work and can they challenge humans?