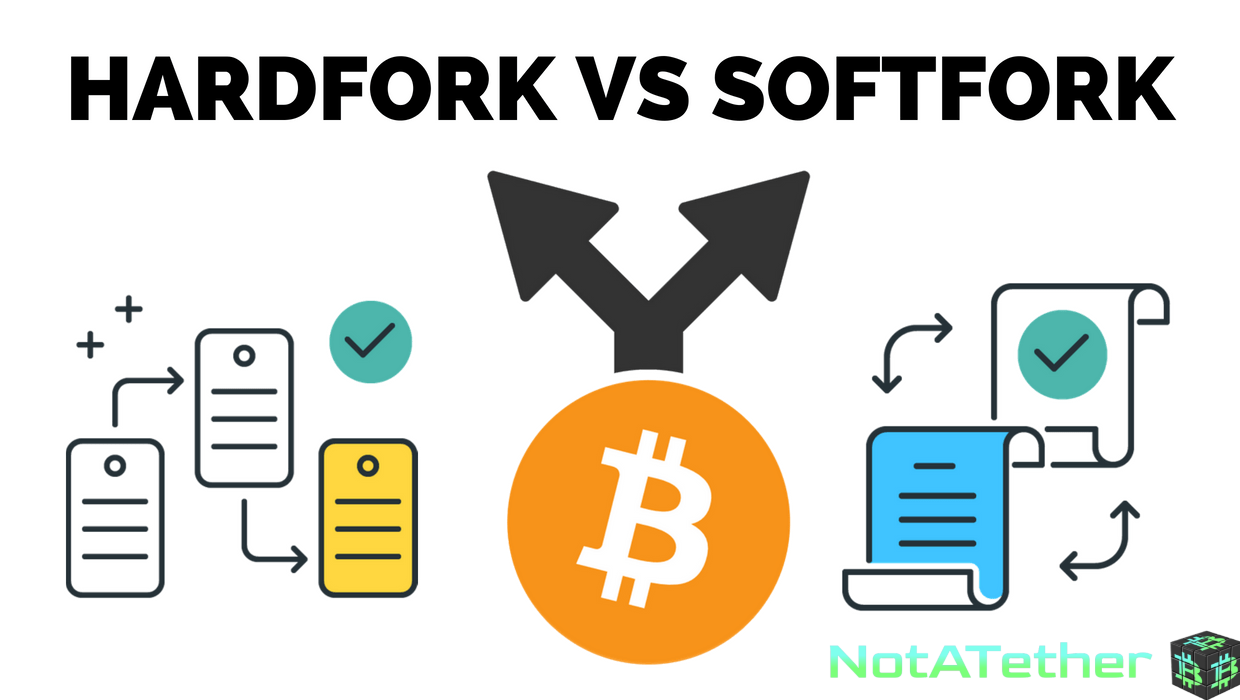 Encrypted currencies, such as Bitcoin, use blockchain. This decentralized and open-source system can also be found in other digital currencies. A fork causes the blockchain’s underlying protocol to change. To understand this, you need to know what a blockchain Hard Fork & Soft Fork are and how important they are.

What Is A Blockchain Fork?

A fork is a protocol change or a divergence from a previous version of blockchain. When a new, alternative block is generated by a miner, the system detects that this block is not valid and this block is rejected by other miners as well. The main project continues but it is now separate from the new chain. These projects have a common ground and share a history that was initially on the same path but is now separated and has a permanent divergence in their paths.

Who makes the decisions in a blockchain networks?

The groups that contribute to the network bit include the following three groups:

Soft Fork is a software upgrade but is also compatible with previous versions. So if participants have not upgraded their new software, they can still participate in validating and verifying transactions. In other words, upgraded nodes can communicate with non-upgraded nodes. Usually in this software, a new rule is added and that does not clash with the older rules. Implementing a soft fork is much easier because only a majority of participants need to upgrade the software.

For example, if you want to accept blocks below a certain size, you just have to reject the larger blocks. However, doing so will automatically disconnect you from the network. So you communicate with nodes that aren’t implementing those rules. Non-upgraded participants assume that incoming transactions are valid. So when they try to mine new blocks, those new blocks are rejected by the network.

Here the performance of a non-upgraded participant will be affected. Soft forks show itself as a gradual and step-by-step upgrade. So here is an incentive for those who have not upgraded their software to upgrade it, otherwise, it will reduce their performance on the network.

An example of this type of fork;

Segregated Witness (SegWit) is a fork that happened after the Bitcoin / Bitcoin Cash split. A smart update that bars old blocks that can approve transactions and blocks, but does not understand them.

In Hard fork, we see a permanent divergence from the latest blockchain version, in which two versions of the network run separately. And leads to permanent divergence of the Blockchain. So in Hard forks, a fork is created on the blockchain and one path follows its current set of rules while the new path follows a new set of rules and they are separated. Here we see two networks and two new and old rules.

An example of a hard fork

Ethereum Classic is also an example of a hard fork.

As you can see, these two types of forks have different purposes. One of them has a gradual upgrade and is a mild option, and the other violently separates the two networks. But what is certain is that hard forks and soft forks are very important for the long-term success of blockchain networks and lead to the development of new features in them.

How to make money with smart contracts

What is Uniswap? Why is it useful?

How to use Binance in US with VPN

Review the best motherboards for mining