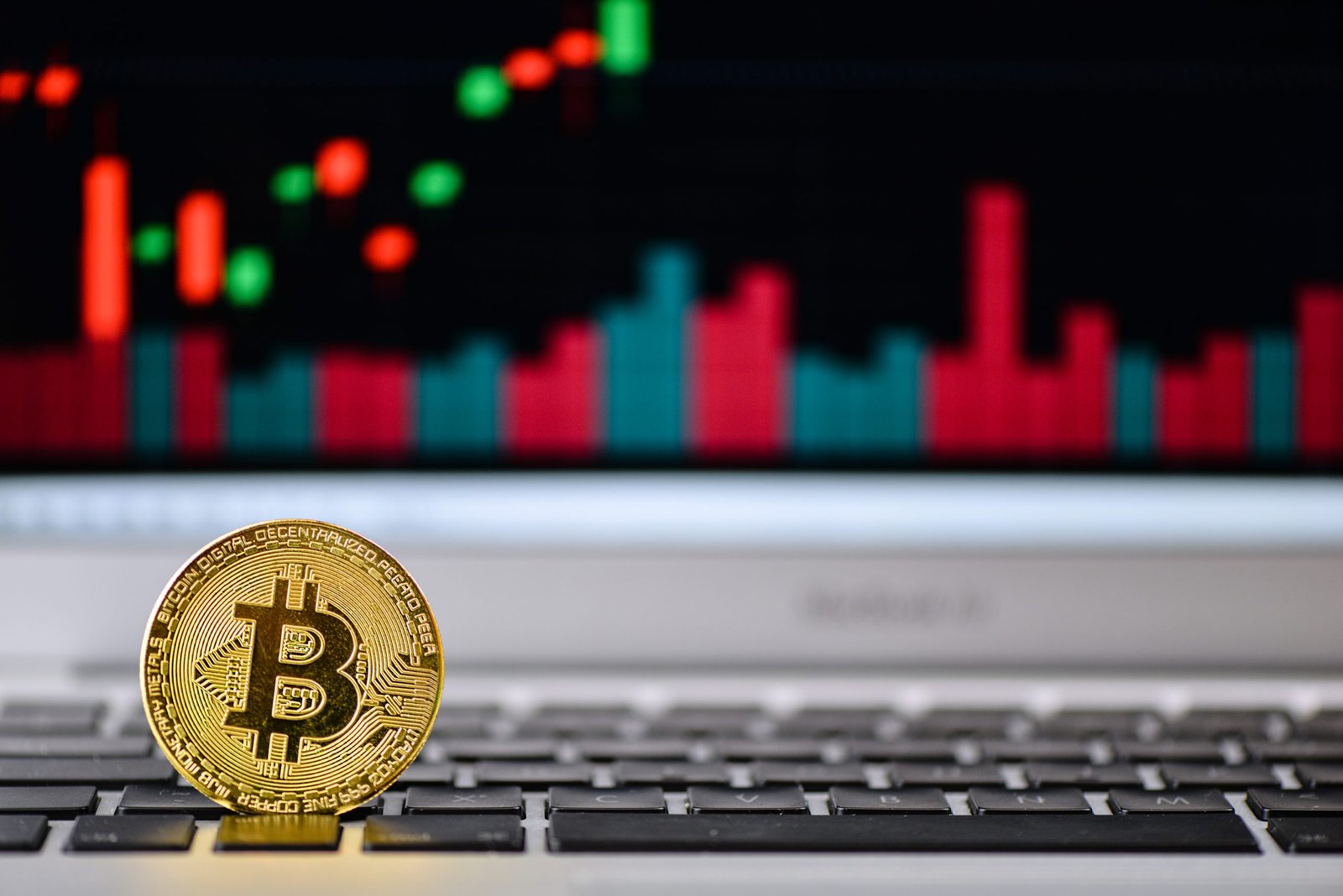 Is a Huge Bitcoin Sell-Off On The Way?

Will Bitcoin have a huge selloff? Is it possible to analyze the price of bitcoin?

One of the concerns of investors in the bitcoin world is a huge selloff, which may happen. This happens when a death cross is formed, and people’s assets are sold. In this article, I will show a method that Medium writer randerson112358 used to analyze the death cross and golden cross. But what models the huge selloff bitcoin is the Python program used for analysis. So with this method, we can better predict the bitcoin price of 2021 and better understand the market.

These two crosses are both on the coin. You should pay attention to both of them and probably check each one. The death cross is likely a huge selloff, and the golden cross is the opposite case. This indicator shows the probability of a huge upward turn in the market. So each of these indicators will examine these two probabilities in the bitcoin market.

We can use the NumPy, Pandas, and Matplotlib libraries to fetch historical bitcoin price data. Then we can model the death cross and the huge bitcoin selloff, and finally, plot it on a line chart. This will show us whether bitcoin will sell well or not. The bitcoin price data we will be using will be from the dates 12-15-2016 to 07-08-2021.

Then by adding Long and Short Simple Moving Average and saving them in the data, we can create new columns on the table, which we can then plot to display the death cross. We can see that the death cross continues from 2021-06-19 until now. This is associated with where the LongSMA crosses above the ShortSMA.

Each of the death cross & golden cross indicators will be calculated by averaging the value of closing the market on a certain period of time. In this case, SMA is derived from the two concepts of the short and long term. These moving averages can be used to get the cryptocurrency trend.

We can also see the number of death crosses and golden crosses in the bitcoin market.

As you can see, 3 golden crosses and 4 death crosses have occurred within the data set. These crosses have not been few during the bitcoin era and not a lot of bear market. This feature clearly shows when the death cross occurred. A good time has come to buy, and those who have taken advantage of this opportunity have been able to profit well in golden crosses after the BTC decrease. So this is where investors use the death cross, and their sales start. It can be said that this indicator shows the huge sell-off of BTC well.

Having a useful strategy

This strategy can be easily used when the bitcoin is fixed, and the bitcoin trading trend is not clear. In this strategy, we can compare the support level of live bitcoin and make the right decision. Using Python and having insightful market experience, you can try this strategy and analyze it to improve your bitcoin price prediction.

In the end, what drives bitcoin’s huge selloff is a sales cycle in the market. What is clear is that in this volatile market, with the right and practical strategies and analysis, we can largely anticipate the buying and selling trend and use the market events to our advantage.

Disclaimer: The contents of this post should not be taken as investment advice. Use at your own risk. NotATether and staff are not responsible for financial decisions made as a result of following the article contents.

Wall Street and CIOs predict the bitcoin price to drop below $30K by the end of the year. Reports also predict the price soaring above $100K. 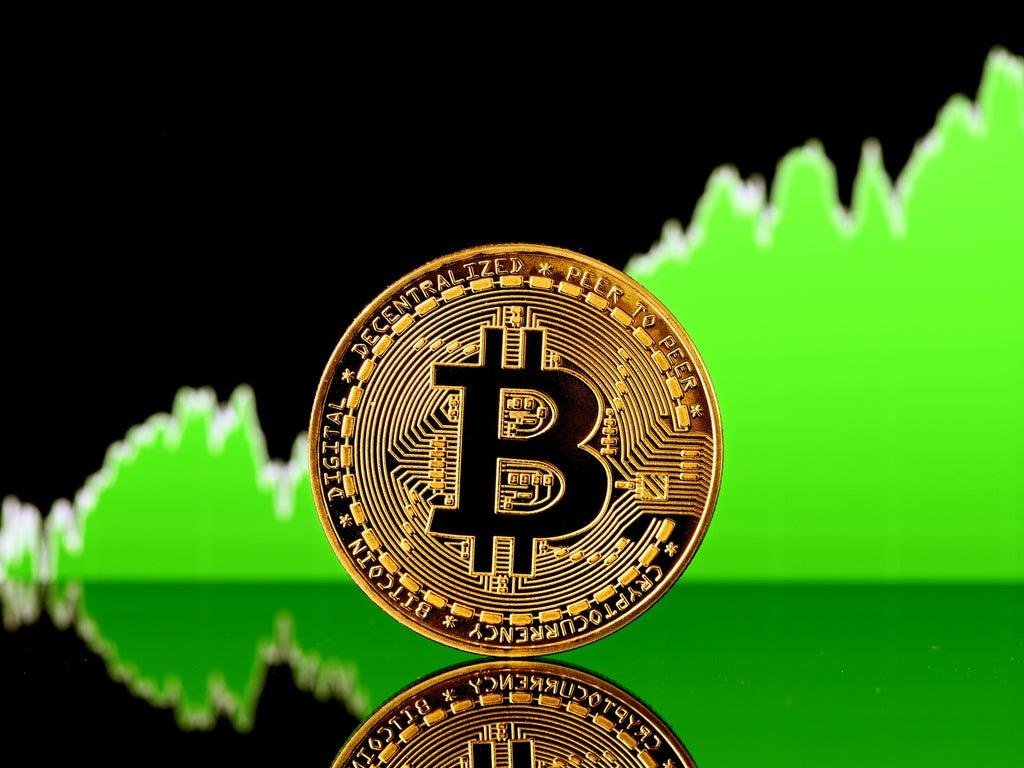 A survey conducted by CNBC of 100 chief investment officers and portfolio managers said most of them predicted that the bitcoin price could end 2021 under $30k.

But since then, a wave of bearishness has taken hold as FUD report after FUD report began to increase. The results of this CNBC survey only add to the FUD.

However, there are different opinions, and some predict that bitcoin may reach record highs this year. Bloomberg reported that Bitcoin could even hit the magical figure of 1,00,000 USD by the end of this year.

What does the Bloomberg report say?

According to this report, If Bitcoin catches up to the performance of Ethereum in 2021, it will head toward $100,000. Our graphic depicts the Bloomberg Galaxy Crypto Index (BGCI) up about 110% to May 24, led by the 230% rise in Ethereum. Comparatively, Bitcoin’s roughly 30% advance appears relatively flat. Accelerate, stay the same, or reverse are the three possible options, and we see about a two-thirds probability tilted toward more of the same in 2H: a rising BGCI.

“Bitcoin is more likely to resume appreciating toward $100,000 resistance rather than sustaining below $20,000.”

This Bloomberg report was published in early June this year.

44% Of Investment Managers Predict Bitcoin To Be Below $30k

Out of the 100 chief investment officers surveyed, 44% see bitcoin going down below 30k USD by the end of 2021. So their opinion paints a grim picture of Bitcoin for this year.

Squawk Box anchor Andrew Sorkin said that he agrees with most respondents on a short-term scale. But over ten years, he thinks Bitcoin would be priced above $30,000.

When asked with his fellow anchor Joe Kirnan or where he stood on this matter, he skipped over the question. Cautiously he made a bullish comment that even at $30,000 by year-end, the price would relieve many concerns in that it establishes a long-term bottom.

“30 or 28, if that really were a long term bottom, that would allay a lot of fear for people about crypto, don’t you think?”

Bitcoin has all the capacity and power to reach higher through the times and breaking its own record value. 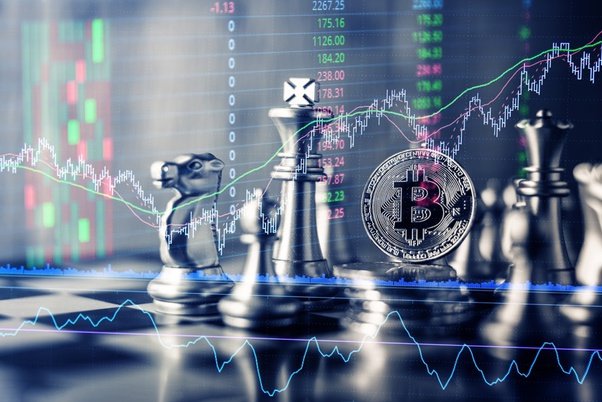 It’s an average day today for the crypto world where Bitcoin’s price sunk to $31,873.20. There is no reason not to believe that it will find it or regain its value in the crypto world or maybe higher than what it should be, even if any of the predictors do not think of where it ends up with.

Bitcoin has all the capacity and power to reach higher through the times and breaking its own record value.

Many experts said that one bitcoin would equal a Lamborghini soon, and bitcoin has the torque and power to make it real as soon as you can think.

After the tweet of SpaceX founder and CEO Elon Musk “Goods & services are the real economy, any form of money is simply the accounting thereof” bitcoin sharply fell down but today it regained its position again and will hit the $35k or $37k soon.

After a huge bubble and then a huge drop, Bitcoin is now fluctuating between a range of $30k. It means it’s stable now and a much favorable time for investors to invest in bitcoin as it’s the most profitable investment present on earth today.

As you think of, many precious elements like gold, platinum, etc., derive their value due to scarcity, and a low rate of supply ensures it remains its position or status.

However, several months ago, at the Bitcoin halving that occurred on May 11th 2020, the S2F ratio crawl to 52 and in the following halving, it will be around 113. Much higher than gold and hard for gold to make a neck to neck competition.

Different investments will take different time periods to fluctuate to the highest and lowest range value to differ by a large number. Talking of Bitcoin has an outstanding record and graph goes with the super high speed of light that experts say it’s a light-speed investment of bitcoin that really makes sense after seeing its past graphs, statistics, and analytics.

Backing in our discussion, bitcoin will surely regain its value to $35k as experts suggesting it’s a new era of investment called bitcoin that will go up and up with no time compared to other investing options.

My personal thoughts are that Bitcoin will be much higher within a 5-year time range. There’s a point guessing exactly how much, but I put the finger on that we will see all-time highs.

I know that you probably wish for something like $5,000,000 by 2026, but unfortunately, that would be a pure myth, and I will be cautious of those who are overly optimistic and blinded by the potential price of BTC. All the best for BTC.

Bitcoin Price Crosses $40000 And Then Drops

The bitcoin price has seen a bit of dip in the last two days and is currently around 39K USD. 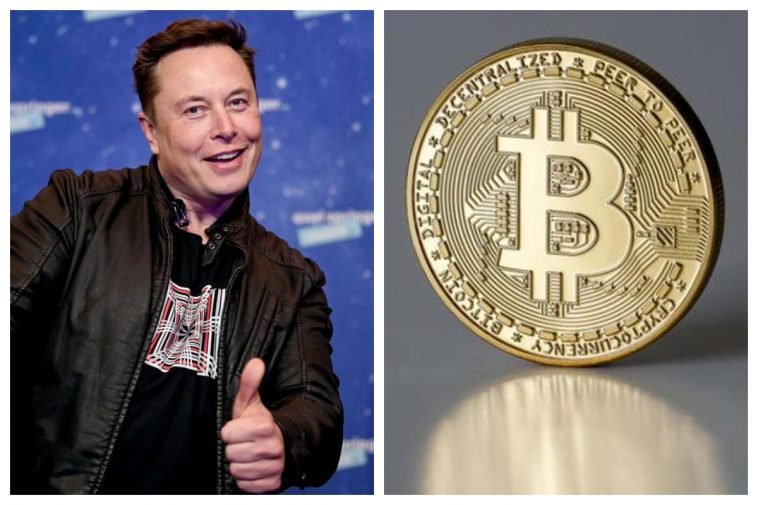 Bitcoin price crossed the 40K USD mark on Tuesday, 15th June after seeing a consistent rise in the last one week has seen a bit of dip in the last two days and is currently around 39K USD as of 17th June 2021. It has seen a drop of about 3.5% in its price in the last 24 hours. The cryptocurrency investment products and funds saw outflows for a second consecutive week. Total cryptocurrency outflows recorded at $21 million for the week ending with 11 June.

As normally happens in the cryptocurrency world, when bitcoin goes down there is a big possibility that other altcoins also go down with it. As we have seen with Binance and Ethereum again. Ethereum is the second most popular cryptocurrency after bitcoin and it has seen a drop of about 4.67% in the last 24 hours and now its price is around 2,410 USD as of 17th June 2021.

The third most popular cryptocurrency these days is surely Binance Coin which also followed the trend and has gone down 4.25% in the last 24 hours with its current price being around $354.

“Interesting buildup is observed across the crypto sphere. Bitcoin, Ethereum, and other major alts are slowly moving out of consolidation,” stated Edul Patel, chief executive, and co-founder, Mudrex- A Global Crypto Trading Platform, expressing his views.

With the price drop of Binance Coin and Ethereum and some other altcoins, the dominance of bitcoin has increased 1.22% over the last one day and its dominance is currently 45.1% of the total market.

The CEO of Tesla on 13th June tweeted that the electric carmaker “will resume allowing Bitcoin transactions” if there’s “confirmation of reasonable (~50 percent) clean energy usage by miners”. And just this tweet from Elon Musk caused the cryptocurrency price to rise again.

But in the last 48 hours, crypto investors have turned cautious as major cryptocurrencies have shown a downtrend in the last 2 days. Not only Bitcoin, Ethereum, and Binance coins but all the top 10 coins in the CoinMarketCap had shown the downtrend.

So this was another week of Bitcoin’s wild swing in the prices.