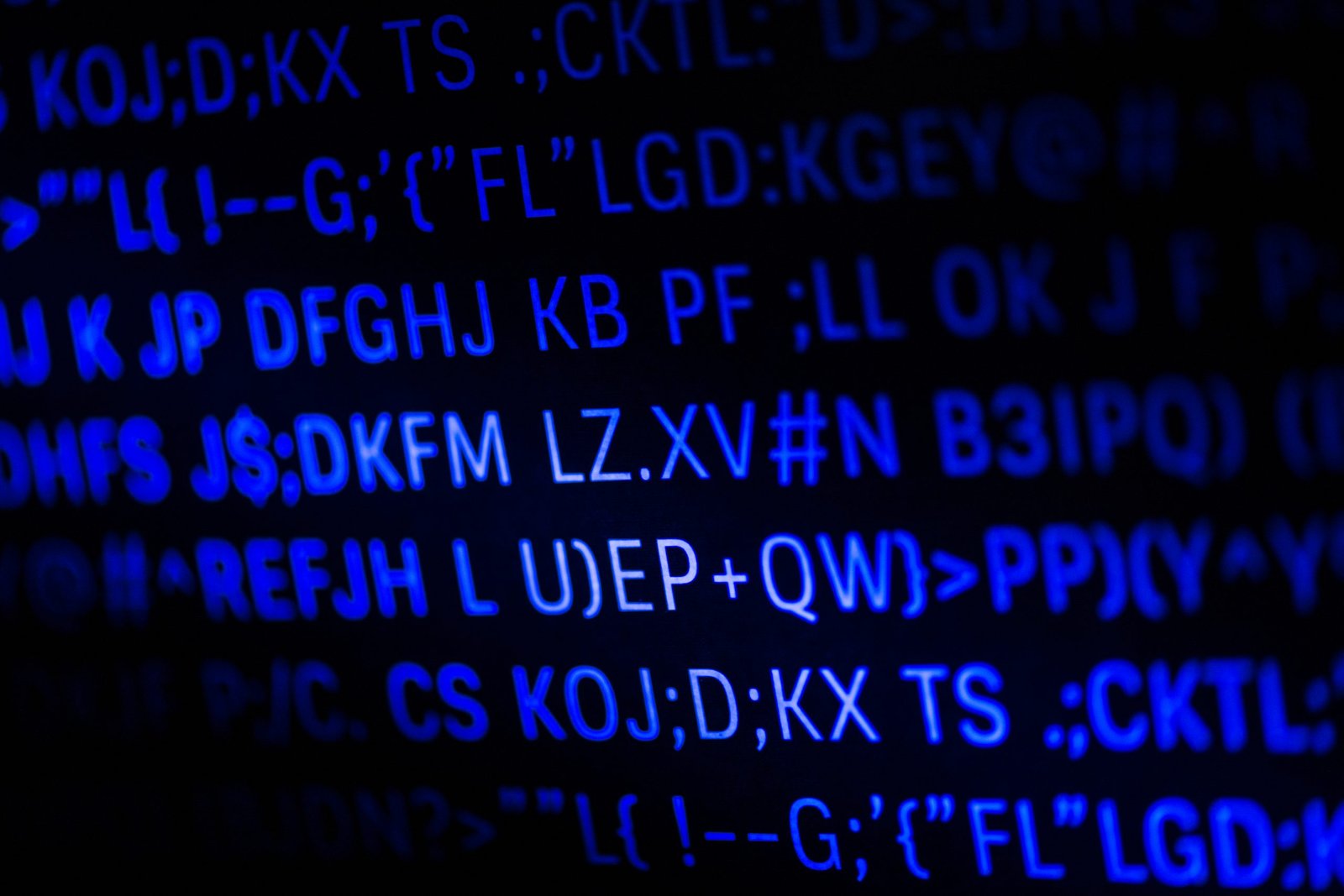 Closeup of programming code and language

The following content was written by webtricks on February 09, 2021, 08:57:10 PM in the thread [Full Guide+Code]Seed Phrase & The Process of Deriving Bitcoin Addresses from It. All content is owned by the author of the bitcointalk.org post. (original)

Earlier Bitcoin Wallet used to be a bunch of private keys. In order to use new address, user had to generate new private key which made the whole process cumbersome because user had to backup each and every private key. Hierarchical Deterministic (HD) wallet made the process easier. Deterministic wallet means the wallet uses a single starting point to derive all the addresses. That single starting point is known as ‘mnemonic seed’ or ‘seed phrase’. Today, more than 95% non-custodial wallets generate addresses deterministically and if they aren’t, you shouldn’t be using those wallets.

Considering that the seed phrase has become integral part of Bitcoin Wallet, I will explain the whole process on how bitcoin addresses are derived from seed phrase along-with Javascript code so you can easily test the process in your computer without downloading or installing any utility.

1. Generate Random Sequence or Entropy
Earlier I said that the mnemonic (or seed phrase) is the starting point of the wallet which may not be entirely true. In order to derive mnemonic, we first need to generate entropy. In easier words, entropy is nothing but the measure of randomness. In order to secure wallet, we need it to be based on something unpredictable, hence entropy of 128-256 bits is used. The easiest way to generate entropy is by flipping the coin. Take a coin and toss it 128 times, write 0 when heads come while write 1 when tails come. After 128 flips, you will have the random sequence of 0s and 1s which is your entropy. You can do the same 256 times to increase the security of your wallet (longer the entropy, higher the security). Check the image below to understand the process better:

The 0 and 1 sequence you see above is the distinct point. This should be generated as random as possible. If weak random generator is used then hackers can easily brute-force your sequence and steal the funds.

2. Create Checksum and Prepare Final Sequence
Now, as we have the 128-bit entropy, we need to generate checksum. Checksum is nothing but a fingerprint attached at the end of something to ensure user has made no mistake is copying that thing. In our case, we will generate fingerprint of our entropy. As defined in BIP-39, we take SHA-256 hash of the entropy as the fingerprint. Before moving forward, let’s convert our entropy from Base2 to Base16 or hexadecimal. Base2 means we use 2 symbols to express our number, as we saw in Step 1, those numbes are ‘0’ and ‘1’. Similarly, Base16 (or hexadecimal) uses 16 symbols to express the number, those are: 0,1,2,3,4,5,6,7,8,9,a,b,c,d,e,f. Check the image below to understand how conversion works:

Back to checksum now, like I said earlier, SHA-256 of the entropy is used as checksum, let’s generate the SHA-256 of our entropy:

Picking the adjacent words from the link, we got the following mnemonic code:

4. PBKDF2 Key-Stretching Function
Password-based Key Derivation Function 2 (or PBKDF2) is used as a security measure in the process. This function allows the use of ‘passphrase’ to further increase the security of our mnemonic code. You can read more about PBKDF2 function on: Wikipedia.

In our bitcoin address derivation process, PBKDF2 is used to stretch mnemonic code by using 2048 rounds of HMAC-SHA512 algorithm. The algorithm takes two parameters, one is mnemonic code and second is salt. If user decides to opt for no passphrase then salt is the string with the value – ‘mnemonic’. But, if user decides, let say, ‘webby’ as the passphrase. Then, salt will become- ‘mnemonicwebby’. We concat passphrase at the end of ‘mnemonic’ string in salt.

Hence, our PBKDF2 function will become:

DK = PBKDF2(HMAC, ‘mushroom orange black valve erase brother submit biology tortoise debate arrive slim’, ‘mnemonic’, 2048, 64)
where, PRF is pseudorandom function (here HMAC)
Password is our mnemonic code
Salt is string ‘mnemonic’ without any passphrase
c is the number of iteration. In our case, 2048
dkLen is the desired length of derived key (we want 512-bit seed so we selected 64 byte since 1 byte = 8 bits)

5. Master Private Key, Master Public Key and Chain Code
As I discussed in the starting of the thread, the main purpose of using seed phrase is to get hierarchical tree like structure, where each private or public key is derived from its parent and can derive its children. Master Private Key is the top of the hierarchy. It is a private key at first level with no parent.

6. Derivation Path and BIP-44
To easily understand the meaning of derivation path, you can assume it as a map which guides us how should be go through the children from the master private key to finally reach the bitcoin address. BIP-44 defines the following path for Bitcoin Mainnet:

Now you maybe wondering what’s the difference between hardened child and normal child. When we say first hardened child, it’s actually (231+1)th child. For easy understanding, we replace 231 and use the symbol of prime ( ‘ ). So, 231+1 or 2147483649th child of the parent is first hardened or 0′ child. (Notice the sign of prime at the right top of 0)

7. Child Private Key Derivation
Okay, now as we know which child keys are to be derived, let’s see how child key is derived:

To derive the child key, again HMAC-SHA512 hashing algorithm is used. As we discussed earlier, HMAC-SHA512 algorithm requires 2 params – message and secret key. Here, message is our master private or public key concatenated with the child number (also known as child index) and secret key is the chain code. So,

Now let’s get started with the process:

Now, let’s generate the bitcoin addresses from our private key. I have already created a thread explaining how to generate Legacy addresses (starting with ‘1’) from private key in detail here: How Bitcoin Addresses are generated? Understand the Math behind Bitcoin

You can follow the above thread and you will be able to generate first 3 Legacy Bitcoin Addresses of the hierarchy using private keys from Step 7, which will be:
Quote
1MbJqqvN8ZPYsUch45HdRAxKbH6bJeGfZi
1GMpMNYwhb7Wvu8q1Zy52MtZUGWvLgCXak
12fv5eg3kzBgZQy7ue2yYmC9xXohmKWGR3
I will use the current thread to explain how to generate P2SH Address. P2SH is very different from the P2PKH (or Legacy) address. In Legacy address, we simply generate the hash of the public key and use it as the address. But in P2SH, we first create a script, then generate hash of the script. Then, transaction is made to the script. Now, script can literally be anything. Sender of the transaction don’t have to know what does the script mean. Bitcoin has its own scripting language and the script has defined many opcodes such as OP_ADD, OP_EQUAL and many more. So, I can literally create a script, let say, ‘what when added to 3 makes 5’. Create hash of this script and use it as P2SH Address. Then the payment made to that P2SH address can be spent by providing original script i.e. ‘what when added to 3 makes 5’ and solution script i.e. ‘2’ along with the hash.

P2SH can be used to create a lot more complex scripts but one of the most common type of P2SH is our P2WPKH-in-P2SH. It simply means using P2PKH in the P2SH script. This is the type of addresses you see while creating a wallet (the ones starting with ‘3’). Now, let’s see, how are these created:

Now time for the explanation:

The following content was written by webtricks on February 09, 2021, 08:58:01 PM in the thread [Full Guide+Code]Seed Phrase & The Process of Deriving Bitcoin Addresses from It. All content is owned by the author of the bitcointalk.org post. (original)

//Adding checksum at the end of random bytes
randomBits += checksum;


Save all files in one folder and then open index.js file in your browser to run the code.

The following content was written by webtricks on February 10, 2021, 12:07:32 PM in the thread [Full Guide+Code]Seed Phrase & The Process of Deriving Bitcoin Addresses from It. All content is owned by the author of the bitcointalk.org post. (original)

Quote from: pooya87 on February 10, 2021, 07:52:51 AM
~snip~
It really doesn’t do that.
PBKDF2 is already a very weak key derivation function by design and using a very low iteration count (2048 instead of 10 million) isn’t going to slow anything down either. In fact under the hood you are just computing about 4k HMACSHA512, suffice it to say that your CPU can compute millions of SHA512 in a second.

What people refer to as “increases security” is the passphrase that is used in BIP39 which I always argue that it cannot be considered a true security measure again due to weakness of the used KDF and the fact that there is no minimum size set for the passphrase and users aren’t known for using strong passwords.
You are right. I may have over-glorified the use of PBKDF2 in the process. But the standard was proposed by the people behind Trezor wallet and they wanted to use this as the mechanism against brute-force. But due to the limitation of memory and computation constraint in Trezor device, they restricted to using 2048 rounds of PBKDF2 instead of using more iteration or using stronger KDF like Scrypt. However, like you said, it doesn’t add anything on regular computer which is capable of computing 2048 rounds in a fraction of millisecond.

Passphrase on the contrary is a powerful security measure. But like you pointed out, due to no defined standard for picking the passphrase, users are tend to pick weaker and predictable passphrase. No wonder why most of the wallets don’t force users to pick passphrase by default, some even don’t have the option of adding passphrase. In my opinion, it’s a smart move because:

So, securely creating backup of seed is sufficient enough imo, no need to use passphrase at all.

PS: Changes have been made in the OP in Step 4. Thank you.

The following content was written by webtricks on February 13, 2021, 07:03:11 PM in the thread [Full Guide+Code]Seed Phrase & The Process of Deriving Bitcoin Addresses from It. All content is owned by the author of the bitcointalk.org post. (original)

The code now supports the derivation of first 10 Bech32 Addresses which can be tested here: https://webtricks.website/seed/

I will add the code to generate first 5 change addresses for all three formats in next update.

The aim of this thread is to give a complete overview for anyone who finds Bitcoins in any storage format.

BinanceUS and SSN: Are Your Data secure?

Binance is the world’s largest exchange for cryptocurrencies, with a large trading volume. This exchange is available to American citizens and they can use...